One in a million

What was the Masonic Million Memorial Fund?

It was an appeal to raise the money to build the Masonic Peace Memorial Building, which is now called Freemasons’ Hall. The idea was to ask all the freemasons under the United Grand Lodge of England to contribute to the fund to help pay for its construction. The number in the title reflects the target amount needed.

What’s the difference between the Masonic Peace Memorial Building and Freemasons’ Hall?

There had been two versions of Freemasons’ Hall on Great Queen Street in the past. The first was built behind Freemasons’ Tavern in 1776, and a new bigger Hall was dedicated in 1869.  It’s worth noting that the façade originally erected to cover all the old buildings like the Tavern is still in place as the front of the Connaught Rooms. The third Hall is what we have today. It was dedicated to the memory of the fallen soldiers and freemasons of World War I. When it was completed in 1933 it was called the Masonic Peace Memorial Building. However after World War II it was renamed Freemasons’ Hall. 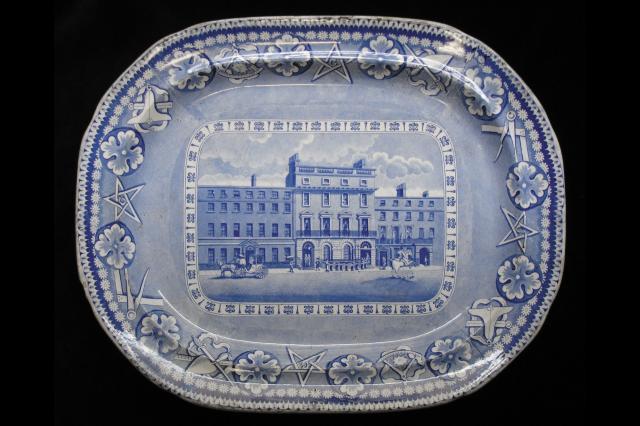 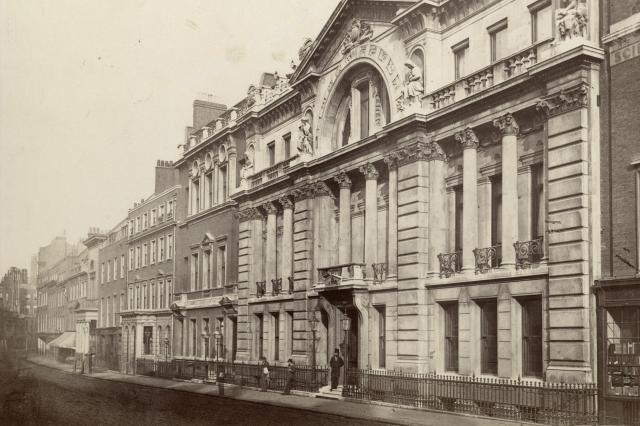 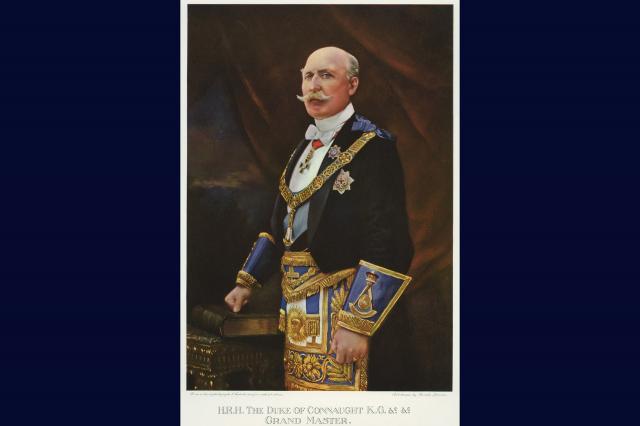 How did Masonic Million Memorial Fund come about?

To celebrate the end of World War I a special Grand Lodge was held at London’s Royal Albert Hall in June 1919. The Grand Master at the time was Arthur, Duke of Connaught. It was announced the Duke wanted to create a fitting memorial to the fallen freemasons and a new home for English freemasonry. So later that year a committee was formed and it was decided an appeal would be the best way to raise the money. In January 1920 details of the appeal to raise £1,000,000 were distributed to lodges. Through their lodge each individual member received a copy of a personal letter from the Grand Master, a copy of the fund details and a subscription form. The letter included the first use of the appeal’s name: the Masonic Million Memorial Fund.

What size were the contributions and what did the members receive?

A new badge, or ‘jewel’ as freemasons call them, was created. 10 guineas got you a silver jewel, and a gold for 100 guineas or more. A lodge that contributed an average of 10 guineas per member had its name recorded in the new building as Hall Stone Lodge. A big enamelled jewel was awarded for donations by a province or district of an average of 500 guineas per lodge. Only three of these were ever awarded to the province of Buckinghamshire and two districts, Burma and Japan. At a later stage a fifth jewel was introduced. It was known as the Special Collector’s jewel, and was for those members who raised a list of contributions of at least 250 guineas. By the end of the appeal 53,224 individual jewels had been issued and 1,321 lodges had qualified as Hall Stone Lodges. We have records of the contributions in the Museum of Freemasonry Archives, which you can see so get in touch if you are interested. 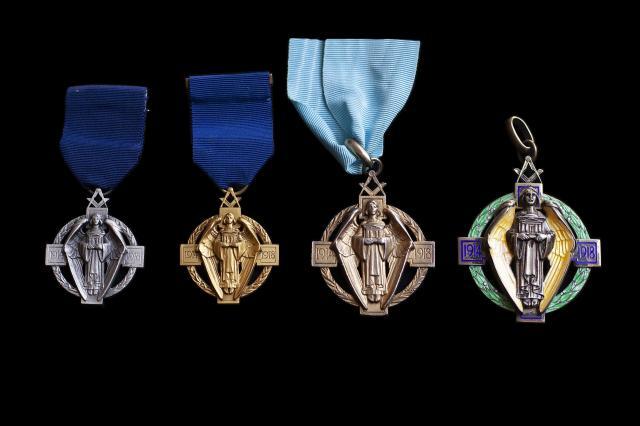 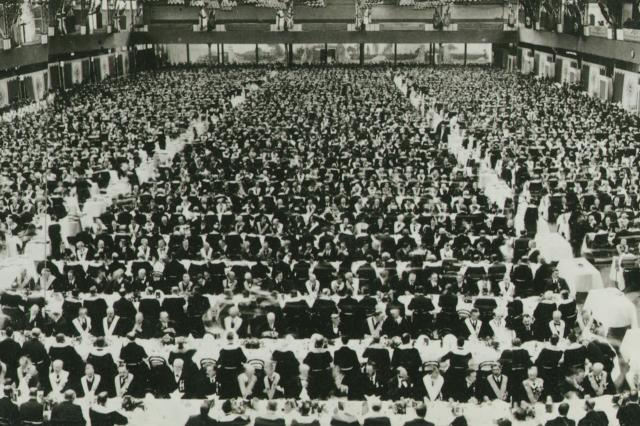 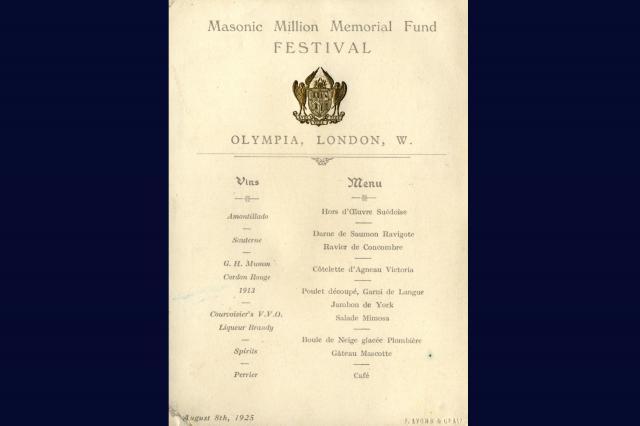 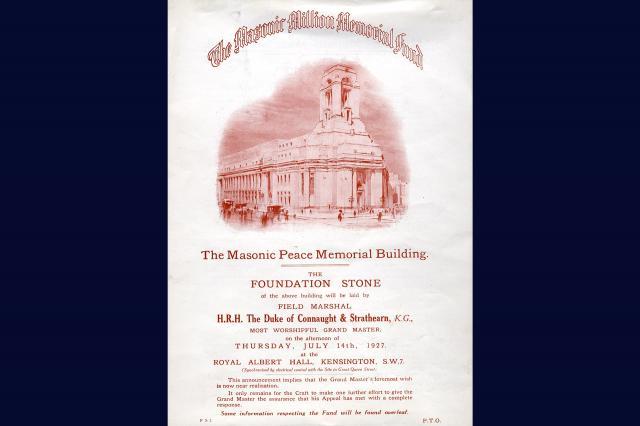 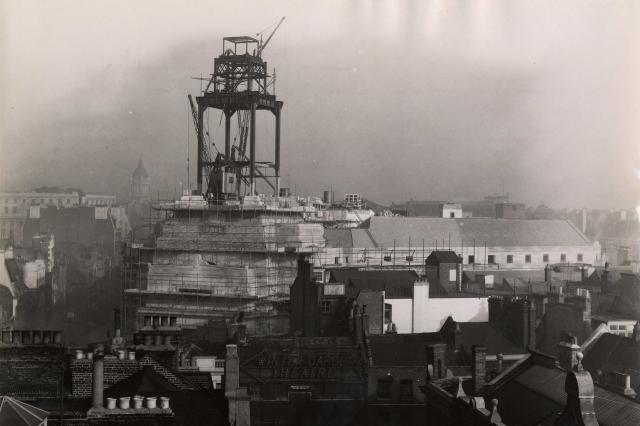 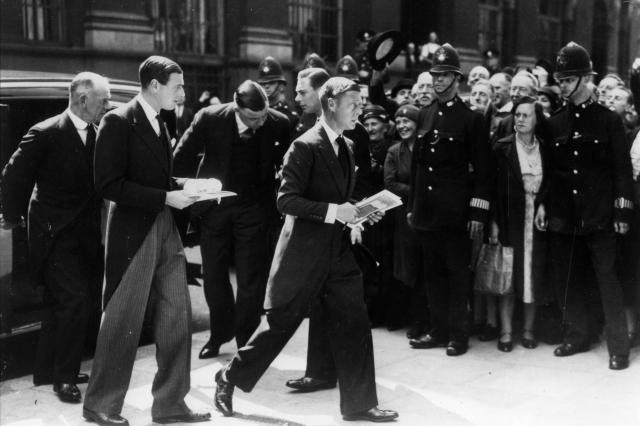 Was a million pounds realistic and was it achieved?

Looking back now, it was quite a big request but it was achieved through a very long and imaginative process. As well as the contributions there were events held, with the most well-known being the Kensington Olympia lunch. In order to encourage as many members as possible to take part and make the event special, the lunch held on Saturday 8 August 1925, still holds the record for the largest sit down meal in Europe. Additional trains were laid on to transport 7,000 members to the venue who were served five courses on five miles of tables, thanks to 1,250 waitresses in just over an hour.

Further requests were made by the Grand Master and fundraising events held. By 1938 when the committee’s final report was issued the total amounted to almost £1.4million. In today’s money that would be worth approximately £54million. 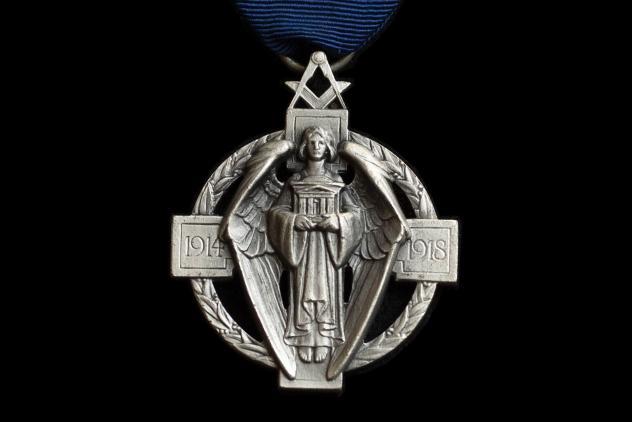 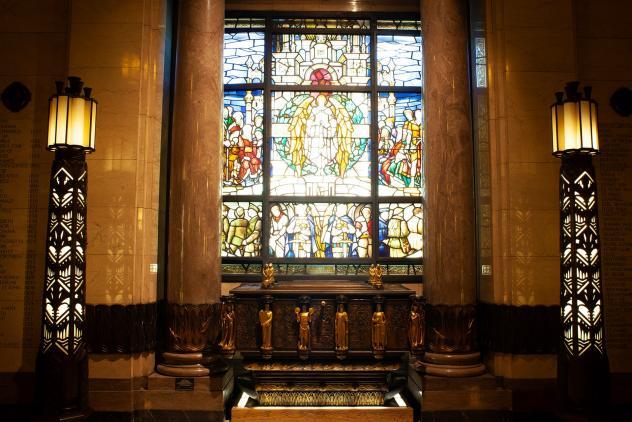 The heart of the Hall 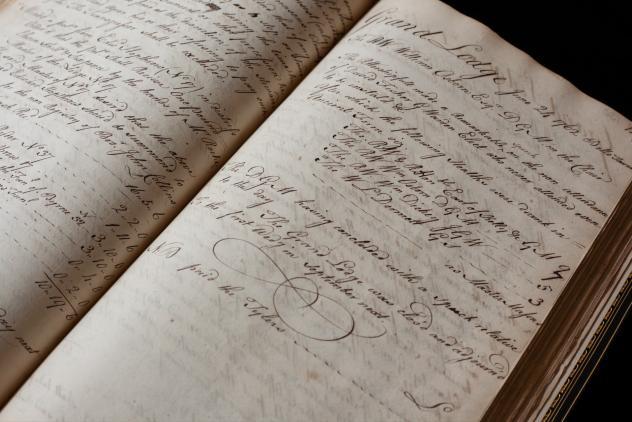